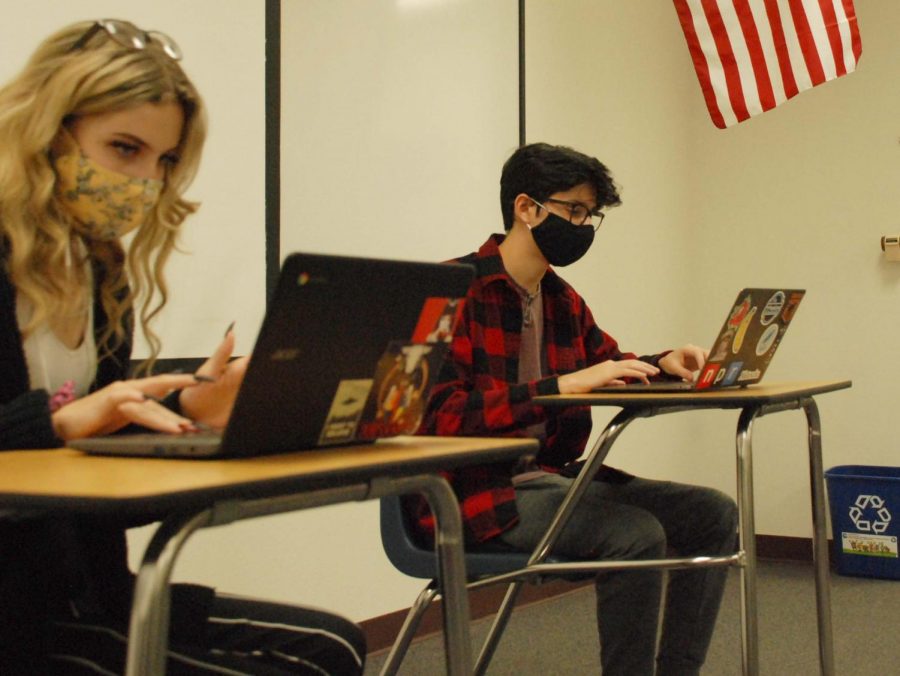 Speech and Debate is now an online sport, this has its ups and downs. Competitions are traditionally in person but with COVID-19, the sport has been pushed onto the internet. With a small team, Perry has still been placing high in competitions.

Speech and Debate competitions have been quick to migrate, the sudden changes in operation leaves many with opinions. A member of the Perry Speech and Debate team Joseph Antonelli said one benefit is “Being able to go to national tournaments that we wouldn’t normally be able to go to like Yale and Harvard.” The new system can greatly reduce the cost of entering national competitions. Teacher and Coach of Speech and Debate, Derek Clifford when asked if he thinks the competitors prefer in-person responded, “Yeah, I’m assuming they would, but they’re not complaining about having to do it online.”

In the vast world of the internet, the Perry Speech and Debate team is a little giant, with four students, our team is still a large competitor. Joseph Antonelli, a member of the team, is a notable figure who has been entering a large number of competitions online and has been doing great. In the New York Invitational Debate and Speech Tournament, Antonelli placed third. Coach Clifford, talking about the four current members said “I’m very proud of them.” Last summer two students from Perry competed in the nationals and did good. This looks great for Perry because each state has a limited number of students that can compete in the nationals.

The Speech and Debate team is always looking for new members, the elective class is available to all grade levels with no prerequisites.  Clifford said, “COVID has kind of killed our numbers. We just need to wait it out a year and hopefully build up next year.” In this situation, the members are confident, Antonelli said, “I think a lot of people will want to join when they find out we go all around the country.” Before COVID-19 the team would travel to compete in these large competitions.

With the major differences, this year will be a unique year in the Perry debate scene. A Junior on the team, Brooklin Lafar said, “We’re winning, Joey’s up there with LD, he’s bringing home wins at almost every tournament he goes to… I am competing in the upcoming tournaments, and I am really excited about my speech.” Similarly talking about the future, Antonelli expressed, “I think this year we’ll all be online, but we plan to keep going to tournaments… and try getting some more people to join.” The Speech and Debate Team at Perry is doing great and shows no signs of slowing down.