Looking ahead to upcoming season 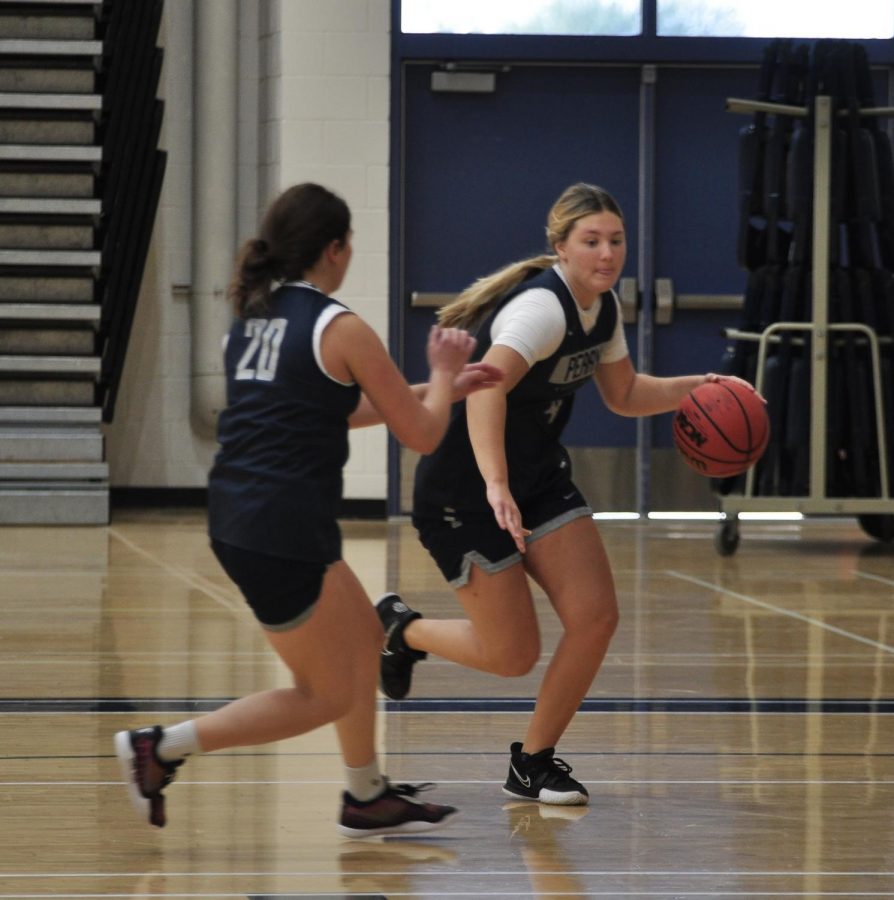 As fall sports came to an end winter sports held tryouts for the 2021-2022 season. Girl's basketball practices in the gym for their season and first game.

With fall sports coming to an end winter sports are right around the corner. Basketball, wrestling, and soccer all held tryouts the first week of November and are now preparing for the upcoming season. Players are preparing in many different ways, not only just by physical preparation but also by preparing themselves for the mental aspect of their games.

“[Last year, we] had a lot of injuries and it was hard with COVID,” said senior boys varsity soccer player Colton Dosmann. Last year, the team failed to get a playoff spot, but Dosmann is optimistic about this year saying, “I think [this season] will go very well, and I think that we are gonna be really good… Hopefully, we can go further than we’ve ever gone before.”

As for girls soccer, last year’s team lost to Xavier in the semifinals 1-0 after going to double overtime. “We just have to have the strong mindset that if we all work as one and if we all work together and as a unit, we will have a better chance of winning games,” said junior girls varsity soccer player Kasandra Vigil. In previous years, 2017-18 and 2018-19, the team made it to finals two years in a row, but during 2019-20, they lost to Hamilton in the quarterfinals. “We have a good chance of winning this year because we have a lot of new talent on the team,” said Vigil.

In wrestling, they are preparing with “a lot of practice, because COVID kind of knocked [us] down, so [we] have to get back into shape. But it is a lot of running,” said junior wrestler Aubree Morris. [This season] is gonna be great, we have a lot of girls on our team now cause it is growing so we are able to go to more all-girl invitationals so I think it’ll be pretty good and I think we’ll do great.” Since they have more girls on the team they are eligible for more meets because they now reach the required amount of people. “With more girls, we will be able to do better and better and get better matches rather than the random intrasquad scrimmages that we do,” said Morris. Preparing for meets and invitationals “is a lot of getting to know the different techniques everyone uses, cause everyone’s a little bit different. So once you get that down it gets a little easier.” The girls wrestling team is expanding and with that expansion, their opportunities expand as well.

After losing to Mountain Pointe in state quarterfinals last year, basketball has spent a lot of time focusing on how to fully utilize each player, “I want to be a better teammate, just [by] trusting everyone, and trust the coaches as well,” said varsity basketball player Benjamin Egbo. “I think this season will go very well, we have a lot of good players, a lot of trust between each other, and a lot of teamwork and chemistry,” said Egbo. He thinks the team can improve from last year by focusing on teamwork, “it all comes down to trust, trusting the coaches, and working together,” said Egbo. “I am looking forward to winning state this year.”