Pom and cheer take on Nationals in Orlando 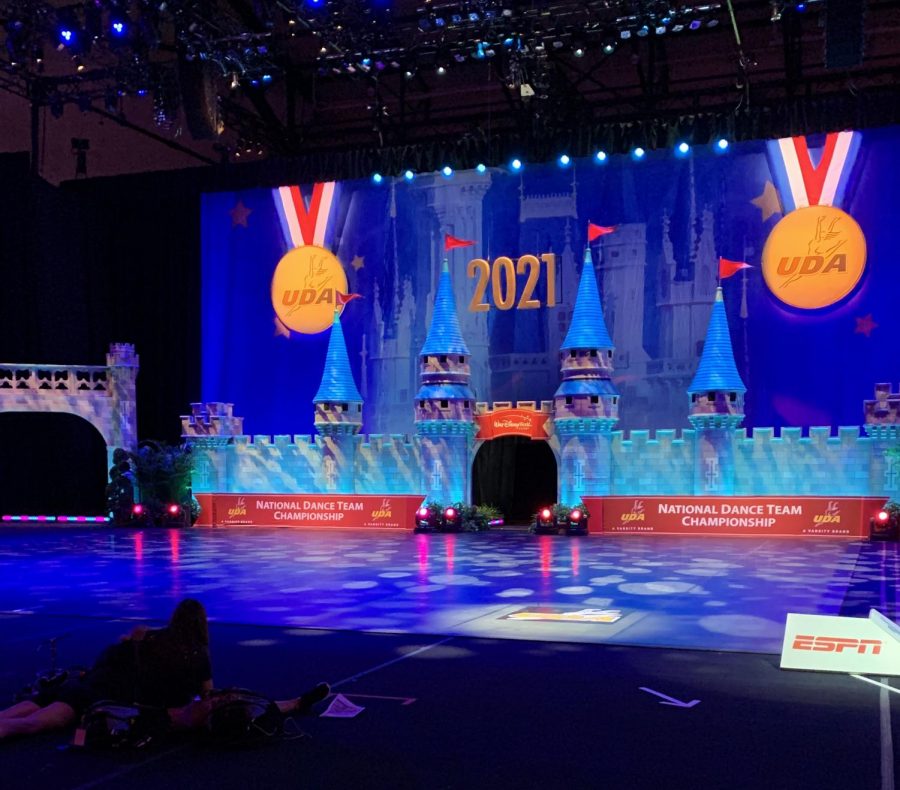 On Apr 22, pom and cheer traveled to Orlando, Florida to compete at Universal Cheer/Dance Association (UCA/UDA) Nationals which took place at the Entertainment and Sports Programming Network (ESPN) Wide World of Sports Complex. Typically, the teams go to California for Nationals, but this year they traveled to Florida for what varsity cheer coach Desiree Houg called “a bigger, more prestigious competition.”

“This competition is huge,” varsity pom coach Tenneal Howard said, “there were over 60 teams just on the dance side…we learned a lot from [them].”

“I think our routines could have gone better,” senior cheerleader Sofia Voronova said adding, “but we did so much better than we expected and I am so proud of the team for doing what we did.”

Of all the other Arizona teams that attended this same competition, pom scored the highest in both their categories. Even disregarding the fact that this was the first time the pumas attended this nationwide competition, the teams did very well. They both hope to use this competition as a learning experience as well as an irreplaceable memory for those who participated.