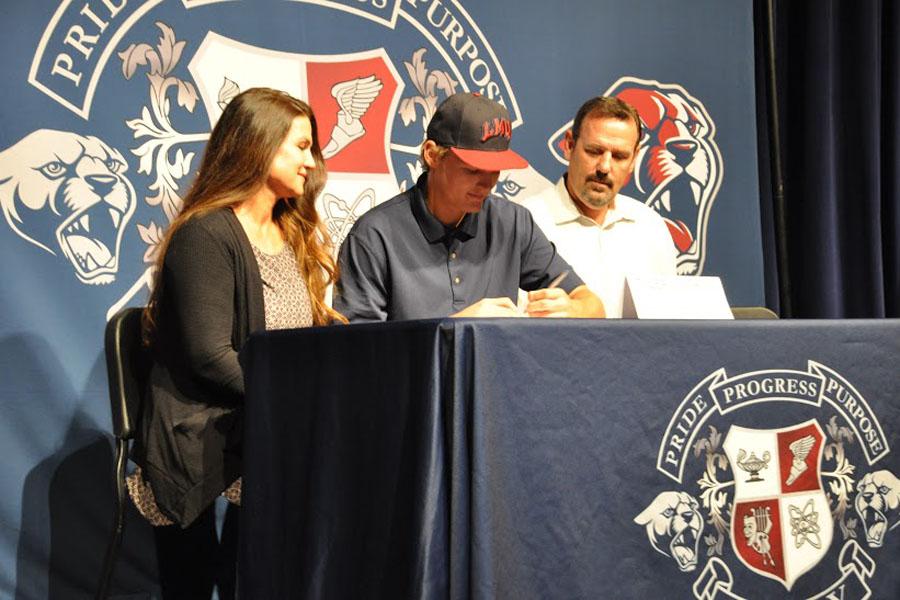 For the first time in Perry’s history, four players from the same sport have signed early with a D1 college.

Austin Bull is the only Perry baseball player to be a starter at the varsity level for all four years. “He’s a one of a kind player that you don’t find often,” Shane Hilstrom, varsity head coach, said. Bull he will continue his baseball career as a ‘Lope at Grand Canyon University.

Ryne Edmondson has been a three-year varsity player since transferring from Campo Verde his sophomore year. Edmondson will be playing ball for the University of Nevada, Las Vegas, next year. “I’ve always been the underdog throughout my high school career, so it’ll be interesting to see how it takes me through college,” Edmonson said.

Jeremy McCuin, also a three-year varsity player, will be playing baseball as a Arizona State University Sun Devil next year. He will join Mo Latu and Madi Grebe as Puma alumni who went on to play a sport for ASU.

Tyler Watson has also been on the varsity baseball team for three years. He will be attending Loyola Marymount University for baseball next fall. “I’ve known all of these guys for a decade…throughout the years I’ve realized I need to be a leader and translate it on to the field,” Watson said.

This impressive achievement by the baseball team sets the expectations high for this upcoming high school season.