Social life can be more than football games 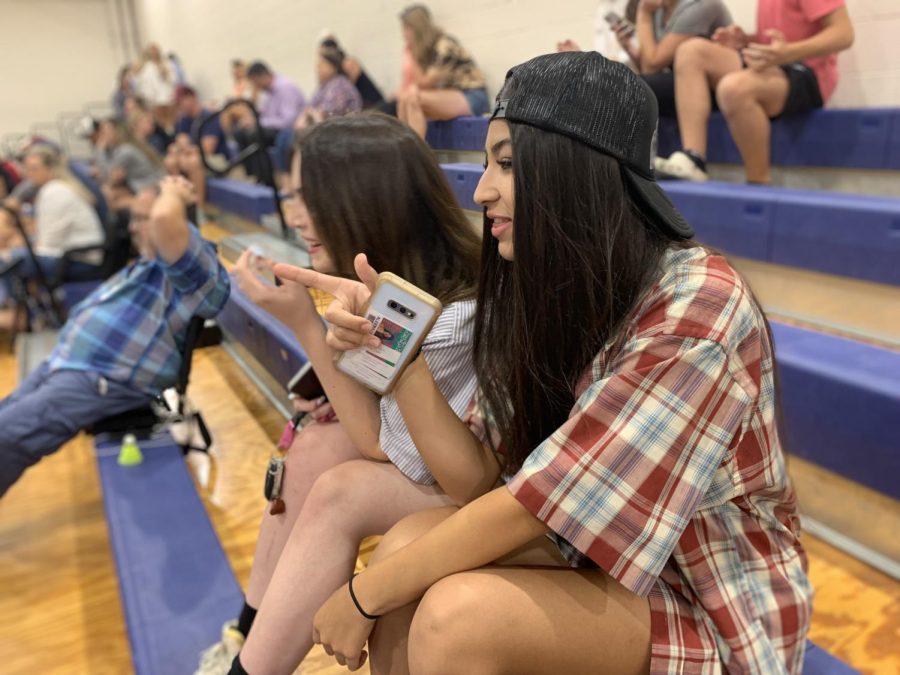 Junior Aleera Urrutia watching the girl volleyball team play on Aug. 25. Volleyball players decided on the theme (frat) and recruited people to come to their game to help with the energy in the gym.

When people think of a typical American high school experience, their mind usually goes to a football game. Lots of people in the stands, yelling, the band playing, the food, and obviously the football game. Most people find this atmosphere that the game creates fun and entertaining which is why they decide to go. The school spirit shown at the football game is the embodiment of what a fun high school experience is. But school has way more opportunities at different sporting events to show school spirit and have a good time, other than just at a football game.

Most people do not go to the football games because they want to watch football. They go for the social aspects that are created. And those social aspects can translate to any other sport; people just have to go to the games. Hype Squad is considered the leaders of school spirit at sports games. They help create the atmosphere in the student section by getting people to dress in a theme, leading chats, and getting everyone excited about being at the game. And even though the Hype Squad is supposed to support all sports, they usually only support basketball and football. Now, the Hype Squad does not set the tone for all school spirit, but they are supposed to be the leaders of it, so it would be helpful if they started the trend of going to different sports games. Our school has some really strong sports with most teams going far into the state playoffs brackets, but not a lot of students support them. A good way to change that is by having the leaders of school spirit start the change of supporting other sports besides football and basketball.

Another habit that will help with universal school spirit would be athletes being more supportive of each other. During the season, athletes get busy with all the practices, games, and tournaments that they have to attend, but in the off season they are not as busy; why not instead of having practice one day, the coaches have them go to another sports game and cheer them on. If one team feels supported by another, that team might return the favor. If all the teams acted like cheerleaders for other teams it could start a chain reaction of cheering each other on. For example, the cheerleaders and pom support the football team at every home and away game, so why can not the football team go to one of their performances and show that they support them as well. All sports are technically on the same team: Team Perry. Athletes should show that support for each other, and by association, the support for the team to do well.

School spirit might go crazy at a football or basketball game, but as a school, we need to work on bringing that school spirit towards other sports. All teams deserve to feel supported by their own school, and there is no better way to do that than by showing up to their games and cheering them on. And that is only going to happen if people set the standard and create that atmosphere.