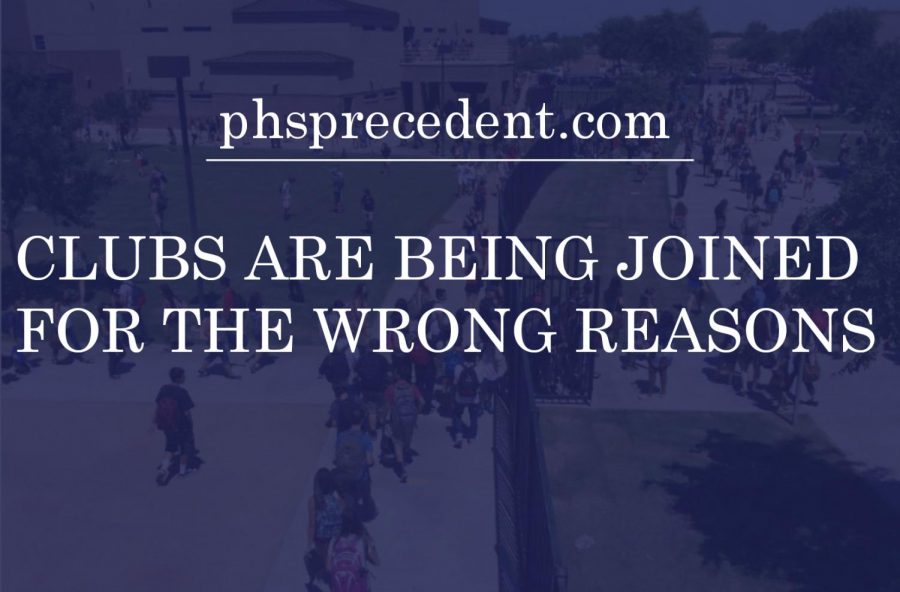 Clubs offer students a way to connect with people who have similar interests as them, gain volunteer opportunities, and participate in school, but instead of joining clubs to find a sense of community in the school environment, students are joining clubs to beef up their college applications, get cords for graduation, and get out of class.

It is no secret that colleges are more difficult to get into nowadays, and getting scholarships is even more difficult. Having a large resume with lots of participation in school and community is something colleges look for, so students are listening and joining every club that they catch wind of.

Being a part of so many clubs leads to no real involvement in any of the clubs because there is too much that overlaps, so the attention of students is split by too many extracurricular activities.

Furthermore, these high achieving students tend to be the students who also want to be well-decorated at graduation, meaning they would like to be wearing as many cords, stoles, and sashes as possible.

So these kids join clubs that provide these types of acknowledgments at graduations, rather than clubs that actually interest them and might allow them to meet peers with similar interests.

And that is the best-case scenario of club participation by students joining with ulterior motives.

Some students join clubs for the sole purpose of getting out of class.

There are multiple times that being in a club allows being excused from class. Club picture day is a big day for this.

During club picture day, the pictures are taken during class times, so it is common for students to join as many clubs as possible prior to this day so that they can miss as much class as possible. Then, when picture day is finished these kids no longer participate in the club at all.

Club participation purely to get out of class is something that happens during conference as well. Groups of friends will all join the same club and go to that club’s meeting during conference just to see each other and do not pay attention to the meeting, nor will they participate in the club’s activities outside of conference.

Sometimes, this is taken even further and students will use club passes to get out of class during conference and will not even go to the club meeting, but will instead just wander the halls during the thirty minutes of conference period.