Graduation speakers: who they are, what they have done, where they are going 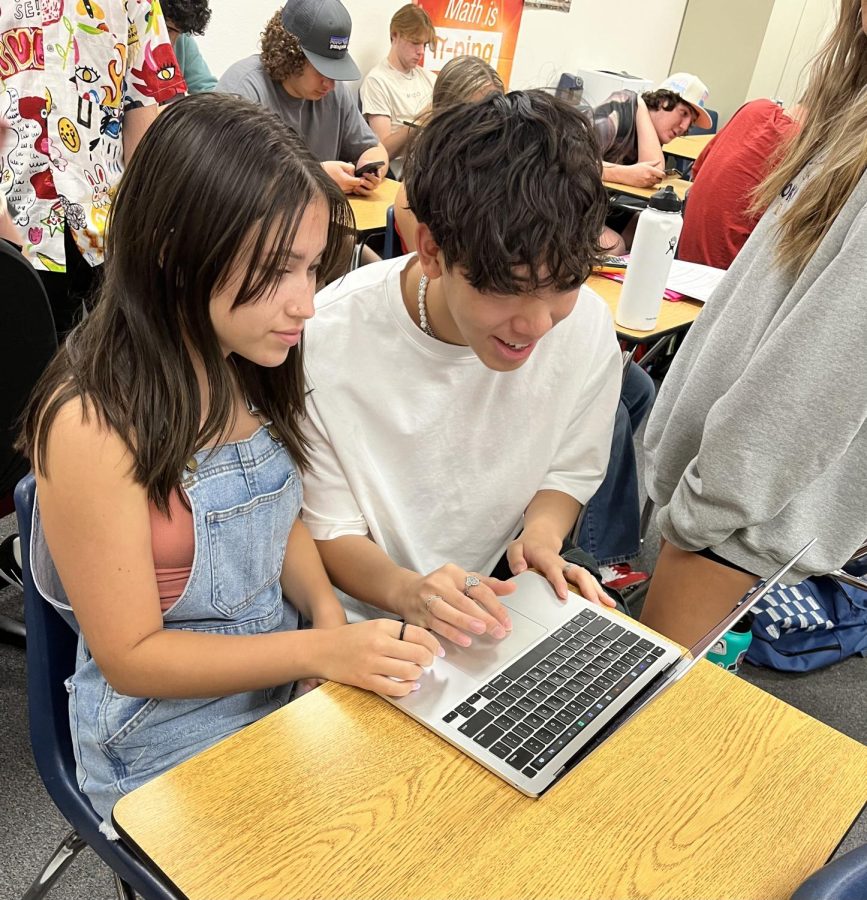 Ashley Day and Nathan Lam work on their graduation ceremony speeches together. The two have been consistently been working on their separate speeches together to ensure nothing is repeated and everything they want to say gets said.

Seniors Ashley Day and Nathan Lam have officially been chosen as this year’s student speakers at graduation. After getting rid of class rank (valedictorian and everything else related), a new system was implemented in regards to graduation speakers.

Ashley Day is the senior class president and just joined STUGO this school year. “I wanted to try something new, and it seemed like a lot of fun, so I took a chance and ran,” said Day. “And I’m so happy I did because look where I am now!”

Outside of STUGO, Day is a part of Advanced Dance, Perry Competitive Dance Company, Spanish Honors Society, and National Honors Society. She also ran an online clothing business for two years but put it on hold until she is settled in at college in the fall.

Nathan Lam is the senior nominee from the top 5%. In order to get this spot, the top 5% of the senior class had to come together and explain why they want/deserve to give the speech (if they are interested).

“I was really hoping that I would get to speak at graduation, and to be nominated is such an honor,” said Lam.

Like Day, Lam is also a part of STUGO, and he has been for all four years. He is currently the Student Body President, as well as a member of Spanish Honors Society, National Honors Society, Rho Kappa, STEM, and many other clubs on campus. Lam is known amongst his peers for his dedication to the school,both academically and socially. He will be attending Stanford University in the fall.

Both students have exclaimed their excitement for the speeches and are working with each other to make sure everything they want to say gets said without being repetitive.

“We’re friends which is really convenient because we’ve been working on them together and practicing presenting and everything,” said Day. “Because we’re so close, we can give each other corrections and ‘constructive criticism’ and not be hurt or nervous to offend each other.”

They cannot reveal specific details about what they are saying or which teachers (if any) they will be referencing, but both hope their messages are received well. Day and Lam will be speaking at graduation on the football field in John Wrenn stadium on Wednesday, May 25.