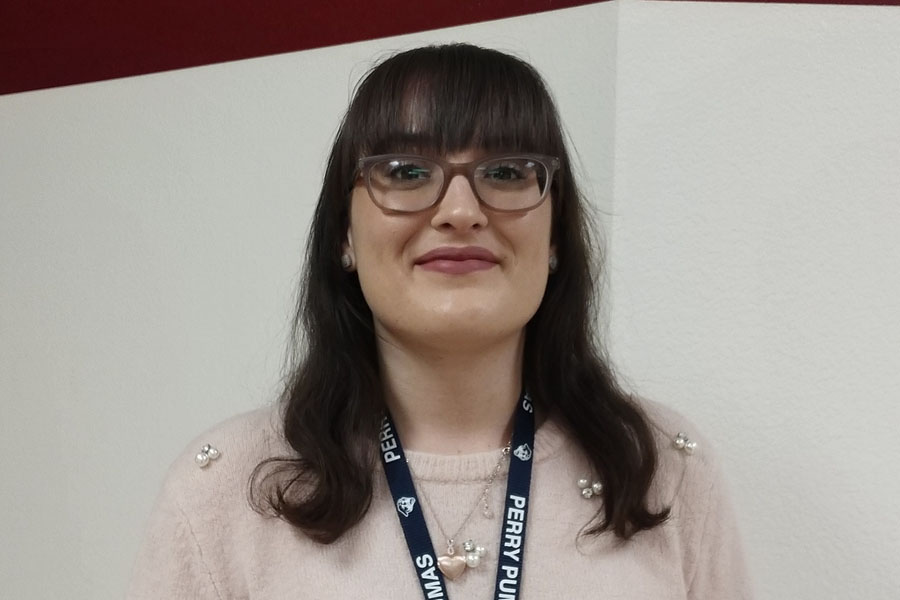 Many teachers come and go throughout the years, but one that made the most commotion in recent days was the departure of Kwasi Daaku.

Mr. Daaku was an on-level biology teacher who taught in room F-206. Daaku left the school over winter break and moved to North Carolina because his wife got a job at the department of defense.

When Daaku left, he was replaced with Christina Meyer. Ms. Meyer is also an on-level biology teacher who teaches mostly sophomores.

Meyer is a fairly new teacher. She graduated from high school in Gilbert and received her bachelor’s degree in education at Arizona State University. Meyer also received an emphasis in Biology at ASU as well.

“Everyone is very nice,” Meyer explained. “Other teachers make sure that I fit in well here.”

Some of the students that had Daaku last semester said that they will miss him, but they say that Ms. Meyer is a good teacher.

Sophomore Nico Rios explained that Mr. Daaku was “very chill and he allowed us to bounce back from an ‘L.’ Those were [Daaku’s] words not mine.”

Many of the students that had Daaku before he left thought that he was a good teacher. They say that he was friendly and had a fun time teaching.

Although Daaku’s departure was most prevalent in recent days, there are some other teachers that leave in between school years and breaks. Though, most faculty ‘retirements’ don’t make as much of an impact as Daaku’s.