Eternals: The Future of Marvel 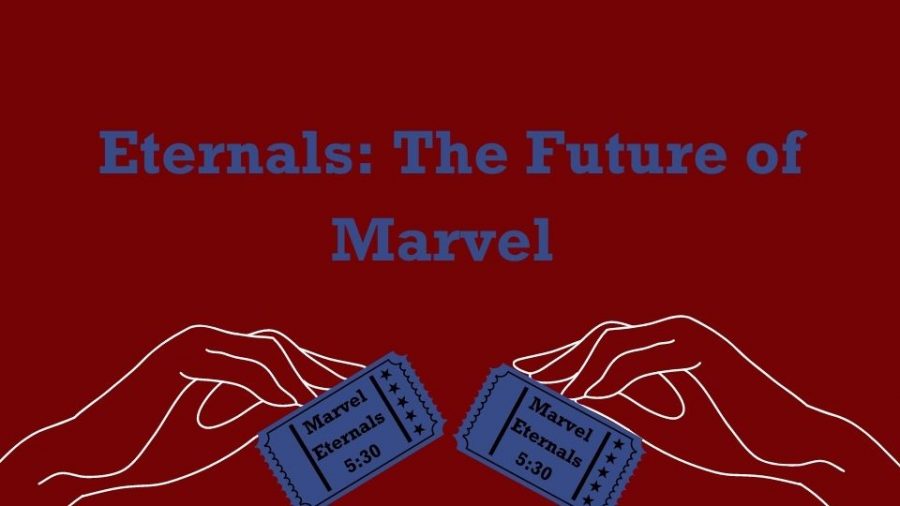 Eternals is one of the first films to be released in phase 4. After a week, fans have been blowing up the media after watching the film.

After months of promotion, Marvel’s newest film Eternals has finally hit theatres around the globe. Marvel studios has been building the backbone for the new generation of Marvel movies by introducing new heroes. By escalating the immense power that the adversaries hold must come a new line of powerful heroes.

The MCU introduced fans to a new group of immortal beings with superhuman powers, the Eternals, whose job is to keep the humans safe from the Deviants, a new breed of alien monsters. The Eternals came to earth thousands of years ago in the attempt to help guide humans towards the proper path to evolution and what they are destined to become.

However, when the truth comes out about what their true purpose of their mission on earth is, it strikes chaos amongst the group of heroes. Almost immediately they must figure out what to do in order to prevent the end of the planet, Earth, that some of them have grown attached to.

The film overall was something very out of the ordinary for Marvel. It was much more mature and had a darker approach with the villains. However, they did not lose sight of the brighter moments that create the Marvel magic and atmosphere. The beginning of the film held a lot of action packed scenes and tons of background information to help build up the climax of the movie. There were many characters that needed to be introduced however, and Director Chloe Zhao did an excellent job making those scenes not feel dragged out.

The CGI in the movie had little to no noticeable flaws. In comparison to all  the films that came out prior, this movie hit a new milestone in the creation of making everything look realistic and consistent from the beginning to the end. The artists behind the film paid close attention to detail, especially with all the superhero’s capabilities and weapons.

Lastly, on an important note, during the duration of the film was the mention of celestial beings. The eternals work for the celestials. These beings are much greater than any human or immortal that exists. The celestials are responsible for the creation of new universes. They are also the creators of both eternals and deviants.

The storyline written for the film was well thought out and cleanly executed. The film uses flashbacks appropriately to help provide the audience with crucial information. The cast was very well selected and each actor fulfilled their role perfectly.

After the movie, there were two credit scenes, as opposed to the usual one teaser scene. One appeared mid credits and another followed at the end. These two short clips set up fans for movies in the near future.