High school movies to watch ahead of graduation 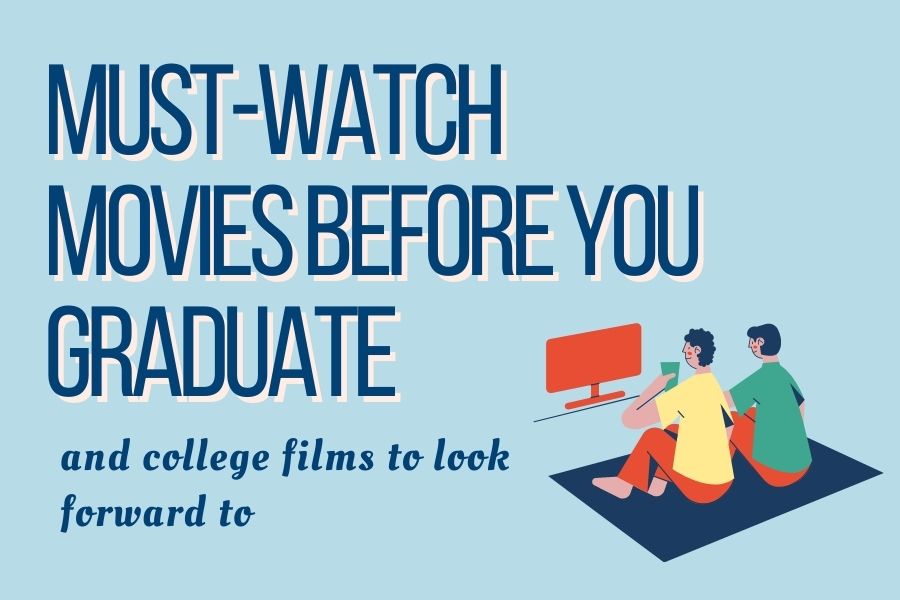 Whether it’s a coming of age, a timeless comedy, or a romance, movies about high school are a special genre cherished by teenagers everywhere. As the year is coming to an end, seniors will soon graduate and move on to bigger and better things. Many are looking forward to putting high school behind you but that means these beloved films will no longer be relatable as you are no longer a high school student.This also means that there’s a myriad of new college films that you’ll soon be able to relate to. So seniors! Here are the best high school movies to watch before you can’t relate to them anymore and college movies you can look forward to enjoying.

High School Musical–Starring Zac Efron and Vanessa Hudgens, High School Musical is the ultimate Disney Channel Original Movie. It’s so popular that its release has been followed by sequels, spinoffs, and most recently the Disney+ show, High School Musical: The Musical: The Series. This movie captures all the essential elements of high school including team spirit, sticking to the “status quo”, and, most importantly, breaking into perfectly choreographed musical numbers.
Ferris Bueller’s Day Off–Ferris Bueller has a case of senioritis and as usual, this leads to a grand adventure and a day full of fantastic shenanigans. With a cast featuring Matthew Broderick, Alan Ruck, and Mia Sara, this is a must-see highschool movie. John Hughes manages to combine elements of adventure, introspection, comedy, and heartfelt moments in one total classic.
The Breakfast Club– Five students who couldn’t be any more different are brought together for Saturday detention. The characters, played by Molly Ringwald, Judd Nelson, Emilio Estevez, Ally Sheedy, and Anthony Michael Hall, form an unlikely bond and learn that they might not be so different after all. Another John Hughes classic, it’s a good reminder that despite drastically different exterior challenges, everyone’s going through similar struggles inside.

Legally Blonde–Just because you didn’t get into Harvard like Elle Woods, that doesn’t mean her fierce attitude and strong mentality isn’t out of reach. Reese Witherspoon’s iconic character won’t let anything get her down as she rises to the top of her class. Who wouldn’t want to model that in their own college life?
Pitch Perfect–Looking forward to joining new clubs and finding a close-knit community in college? Ever thought about trying a capella? Pitch Perfect has a bombshell cast with Anna Kendrick, Rebel Wilson, and so many more. This movie has fantastic music, hilarious dialogue, and a heartwarming story about sisterhood.
The Prince & Me–Ah yes, the classic story of a girl living her best life at college when all of a sudden a foreign prince becomes her lab partner. She is swept away on the adventure of a lifetime finding not only herself but also love. Starring Julia Stiles and Luke Mably, this romantic comedy highlights the payoff of spontaneity and the fact that you’ll never know what surprises are just around the corner.
Monsters University (Honorable Mention)–This Disney-Pixar prequel captures the quintessential college experience. From the struggle of finding your place, to the dynamics of greek life, Monsters University captures college life with a sense of whimsy and magic.

If you watch these movies alone on your phone or on a big screen with your friends, these films are both nostalgic and exciting for the future ahead.