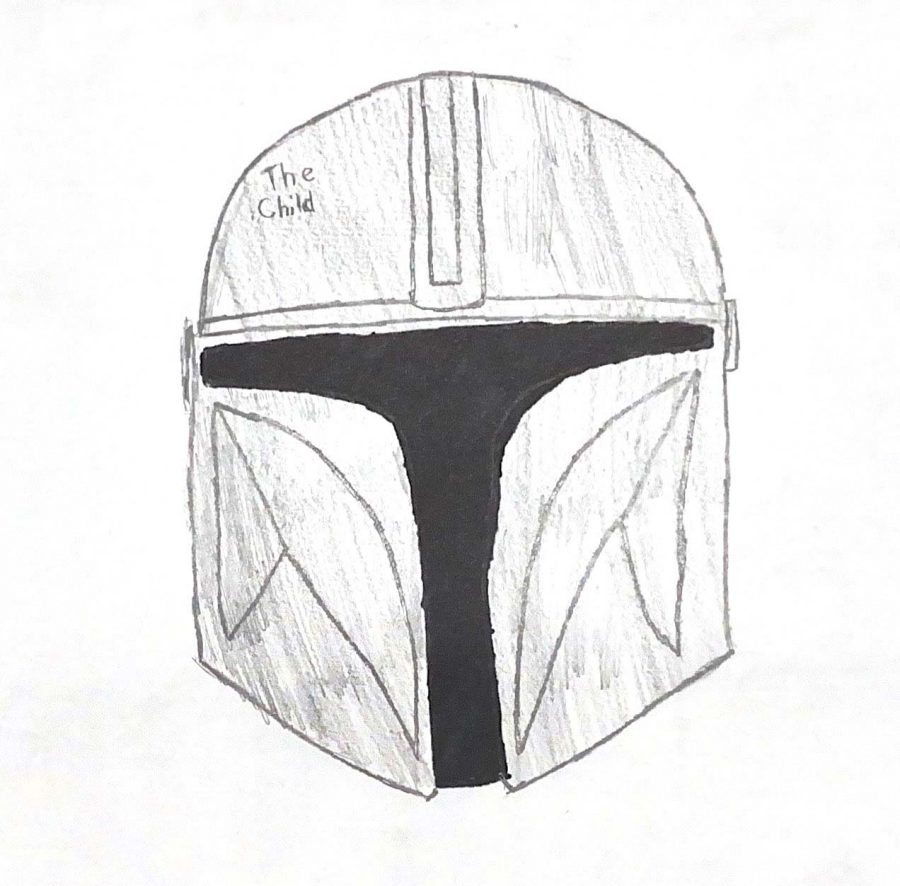 The Mandalorian's Helmet. Laying in wait for Mando to place back on.

Chapter 9 of The Mandolorian was released as of Oct. 30th, and it lives up to its first season. The story this time around is more of an adventure than the last season as we see Mando attempt to return The Child to his kin with the help of other Mandalorians.

This time around, the directors of The Mandalorian, armed with a budget exceeding 100 million, picks up where season one left off and are pulling off some impressive acts when it comes to their animation of the Krayt dragon going in and out of the sandy dunes and more advanced action of The Child. The new suits made for season two have more detail for a more realistic look to give each a unique vibe.

The mechanics in some of the creatures have very much improved and gives it a more grounded reality. The new props also all have a look that makes them unique to the series but connected to the Star Wars universe. Pedro Pascal is more in tune with his character since season one and it shows in his performance, almost as if he never left his role of the Mandolorian.

The show also keeps its darker undertones and does not deviate to a much more playful tone. The sequels did deviate to a more playfully light tone, making it harder to enjoy its story at times compared to how both the prequels and Original Trilogy used its war theme in a way that made it live up to its name and created a story that has many memorable scenes. Its run-time is probably the most surprising, seeing as it ran for almost a full hour compared to the first episodes’ runtime of about 40 minutes. This could mean that we can maybe see an hour-long episode for each part of the season.

In Chapter 10, we are swiftly reminded that Mandolorian is still being hunted for The Child. After the end of episode one, Mando is tasked with helping a mother who is a frog-like species by transporting her to a planet hospitable for her unfertilized eggs. We are also shown that the New Republic has only just gained its ground after defeating the Empire at the Battle of Jakku. Overall, this season of The Mandolorian does seem to be a promising one and has a ton of story ends to explain that were left off from season one.