Why you should play Among Us 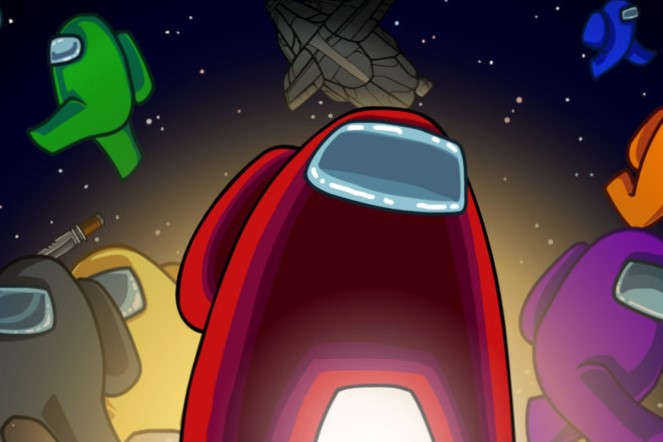 Among Us is an online multiplayer murder mystery style video game that is great to play with friends.

Over the summer, one game seemed to dominate the internet with compilations and intelligent tactics. The murder mystery game, Among Us, captivated the internet for good reasons.

Among Us is a murder mystery style social deduction game in a futuristic setting with simplistic graphics. It is available on PC, Mac, and mobile. The game itself was released on June 15, 2018 and had a small following prior to the recent boom in popularity.

The rules here are simple in the fact that all of the innocent players, or “crewmates,” are tasked with finding out who the murderers, or the “imposters,” are.

While the crewmates have to find out who the imposters are, they also have to complete certain tasks given to them. When you complete all of your tasks, you are free to roam around the map and wait for the other crewmates to finish their tasks. Once the task bar is completely filled, the crewmates win the game.

Say however, a crewmate gets killed by an imposter, they become a ghost that is invisible to living players. As a ghost, you can still fly around the ship and complete your tasks.

The imposter has another ability that allows them to sabotage certain aspects of the map. They could sabotage the oxygen generator, the lights, the reactor and other vital machines. If the oxygen generator or the reactor are being sabotaged, the crewmates must hurry to fix the source of the problem before time runs out. If the lights have been sabotaged, then the crewmates’ visibility will go down drastically.

If a dead body is found, every player comes together in a meeting and tries to figure out who the imposters are. Sometimes players catch the imposters in the act, and other times the imposters get away with the kill. During the meeting, the players have the option to vote on someone who they think could be the killer. Dead players cannot vote or interact in any way with living players.

Voting is one of the most crucial parts of the game. Voting requires the players to talk to one another and work together to expose the imposter. The imposter will try to act like a crewmate and lie to try to keep themselves alive.

My family, friends, and I all had a blast while playing Among Us. When any one of us was the imposter we would usually yell at them once the game was over, but it was all in good fun. When voting came around we all accused one another and we, more often than not, voted off the wrong person. Nobody ever took the game too seriously and we often joked around after each game we played.

Among Us is a good quick and casual game that is fun to play with friends. The recent popularity boom of the game makes sense with the pandemic forcing everyone to stay indoors. If you have not already played it, it is worth a shot to go and try the free mobile version of Among Us.