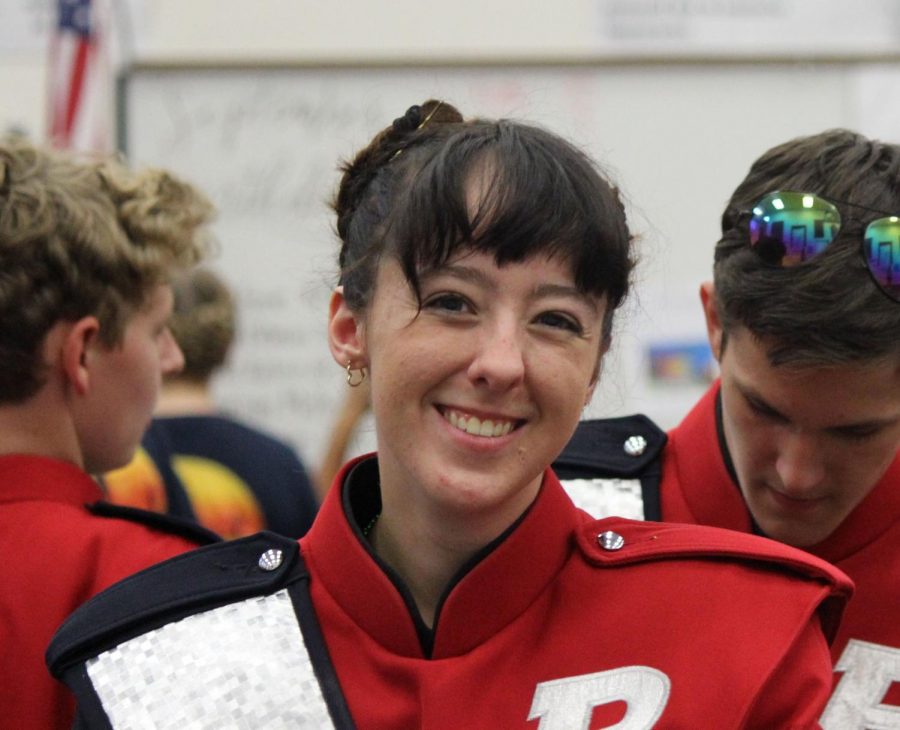 COVID-19 has shown the country cancellation after cancellation, from classes, to sports events, to popular concert tours and live television shows. Perry’s marching band, officially called The Puma Regiment, is no stranger to such cancellations.

Members of the band saw their camp cut short, and had a competition and championships cancelled. “It hit hard at the beginning because we were at practice and we heard that it was going to be the last time we ever were to meet” Tanner Shell said.

“The same day that season was announced cancelled and ended, was the same day we got our uniforms in that we’d been waiting for the last few months” according to Megan Mansfield.

“The cancellation was tough, it stopped us from competing at the highest level we could and cut our season short by a few weeks,” Theo Powers explained.

The early end of the season is the end of band all together for some seniors, “To be honest, it really devastated me, especially being a senior, and also being someone who struggles a lot with their mental health. Band was the one thing that made me happy, really. Just being able to make music and be with people I consider a second family meant everything to me, and losing it all broke my heart,” Cat Walker shared.

Underclassmen have felt the effects of the early end of the seniors’ season as well. “Band has been a huge part of everything I do for the last two years and it being cancelled really blows. I didn’t get to finish out my season with my senior friends, who’ve impacted my high school experience tons so far. I’ll miss them tons,” Mansfield said.

Amidst school closures and social distancing orders, students have still found ways to connect with each other. “It’s been rough. Our assistant director, Mr. S, did set up a few meetings through Zoom a few weeks ago. It was nice to get in touch with my band friends and people I haven’t talked to in some time. We’re going to be using google meet from now on though. We switched over to it just recently so I have yet to try that out” Walker said.

“Since the quarantine lockdown, it’s sorta hard to do anything. But I have my band friends on mainly Snapchat and Instagram so I can still see how they’re doing” Mansfield explained.

At the moment, the future of the Perry Bands program is uncertain. Some believe the marching band season is completely over while others have heard rumors of practice starting up again. As for more traditional band classes such as symphonic band, a Google Classroom page has been created but no new assignments have been posted.