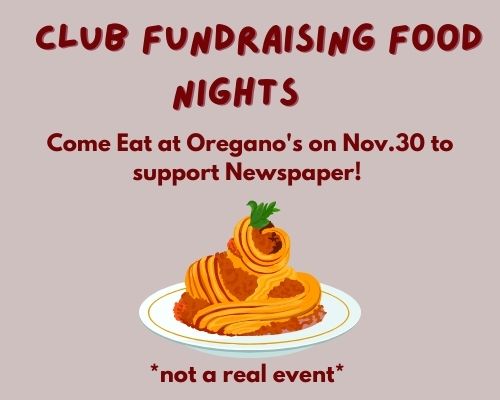 “Have you ever actually attended a club fundraiser?” This question seems to stump students on campus. You hear the announcements, you see the flyers, but does this ever convince you to actually go?

Due to the funding for sports and clubs around campus fundraising plays a critical role in earning money to function. In order to get this funding these groups will have “eat out” nights where they partner with a restaurant and earn a percentage of the money made that night by customers who say they are there for Perry. This appears to be a sufficient way of earning money but many Perry students choose to not participate.

When asking a few members of these organizations if students actually came to their fundraiser this was their answers:

“It’s most of the dance program but also some teachers offer extra credit if students show proof that they went… we normally get a few students not in the program but it is mainly Perry dancers,” said junior Eden Smith from Moveo.

“It depends like the Kendra Scott one there was more parents[at the event]… But for the cheaper ones like chick fil a and Barro’s students normally come,” said Junior Manhattan Tibbott, Pom.

“It is a mix of both (Perry and Drama Kids)… when I go we usually just tell people that are there to support Perry even if we don’t know them,” said Junior Ashley Davis, Drama Club.

Each of these students seem to come to a common theme, most kids who show up are a part of the organization. When students not involved with any of these clubs were asked if they attended fundraising nights, these were their answers:

“Never been one time… I didn’t even know about them,” said Junior Tyler Brienholt.

“I have gone to a couple because friends of mine tell me to go,” said Sophomore Ireland Avalos.

“No I normally see the flyers, but I never have actually gone,” said Junior Chloe Washburn.

“Yes I have gone to the Chipotle one but I cannot remember which club it was for,” said Junior Gage Powers.

Out of 142 students, 18 said they have gone to a fundraiser and 124 have not. If these statistics are raised Perry programs will earn more money.